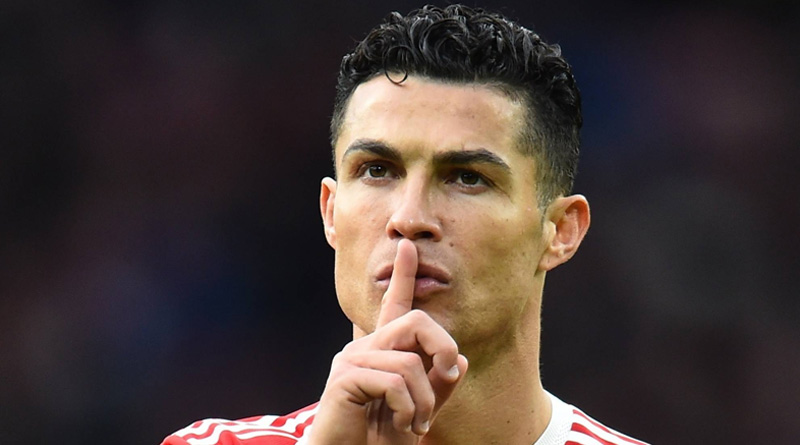 Dulal De: The whole matter has not been properly digested by the media. Really Cristiano Ronaldo? Edmar, an O’Globo journalist, was sitting in the media center of the Portugal camp in Al Shahnia, telling the story. “It has become very difficult for us to work now. Before, we used to break everything before the Brazilian team. Now Neymar posted everything on his Instagram before breaking us. All the updates of footballers are now available on their Instagram. That’s why he doesn’t want to come to the press conference.”

Apart from the Portuguese journalists, we journalists from other countries are sitting, assuming that it will be a simple press conference. But Cristiano Ronaldo suddenly came to the press conference to surprise everyone! He faced the media at a time when the whole world was waiting to hear from him the next part of the Manchester controversy. And naturally at the beginning questions flew from the press about the Manchester controversy. And what he answered, only Ronaldo can give. “I don’t care about where in the world, who, what they thought about me. I don’t even think about it.”

Portugal will start their World Cup campaign with a match against Ghana on Thursday. Before that, not only the Manchester episode, but also the controversy about his ‘coolness’ with Bruno Fernandez and Cancelo. CR Seven only laughed in this context. With a smile on his lips, Ronaldo said, “I don’t know why they are being debated.” But all that is happening is very unfortunate for me. The footage of Fernandez with me does not convey the correct statement. I have a very good relationship with him. His plane arrived late. And so I joked that when the plane was delayed, I could have come by boat. That’s it, that’s all. And debate about it! Same goes for Cancelo. In practice, I grabbed his neck and told him to get up quickly. it’s time Debate on this! Really, whatever anyone thinks of me, I have no interest in answering.”

But the way the controversy started about him before the start of the World Cup, won’t it affect the performance in the World Cup? A Portuguese journalist threw out the question, CR Seven immediately grabbed the question and did not let him finish. He countered by asking, “Do you think that all the controversy about me will end once I return from Qatar winning the World Cup?” If so, listen, even if you win the World Cup, a new debate will start. Then the question will be raised, am I the best footballer? Criticism will continue even after winning the World Cup. Because someone likes me more in this world. someone less like life Some like red, some like black. Someone’s white. You have nothing to do. All this should be carried on in life.”

The world’s top goal scorer was becoming philosophical at times in the press conference of the day. Listening to his first press conference on the stage of the World Cup, it seemed that he was giving a complete explanation of how to keep himself in the midst of a thousand controversies. Said, “Day after day I keep trying to score goals by performing well for my fans, family and of course myself. It is true that I came here with the aim of winning this World Cup. You might say, I am ambitious. Admittedly, I am ambitious. But even if I don’t win another tournament after that, believe me, I won’t break down mentally. Because, I know what I have collected throughout my life. I know my moments of success. No matter how much you criticize, nothing can erase me from the history books of records.’

As Ronaldo continues to talk about his life at Al Shahniya Media Center, the entire press listens in mesmerized silence. It is understood that he has come to play this World Cup with a lot of mental wounds. “If I have a World Cup trophy in my selfie, it won’t feel too bad,” Hesse asked reporters. What do you say..?” But the Manchester episode? Ronaldo said, “Look, everything is time.” Someone wrote it right. someone is wrong At 37 years and 8 months, these things no longer bother me. I have many good moments in life. But it’s true, the World Cup is really important to me.” After that he did not stand for a moment. how you came After speaking, he left quickly. A small media center in Portugal can still hear the sound of a pin being dropped. Almost an hour of football, or life lessons, which Cristiano Ronaldo gave?