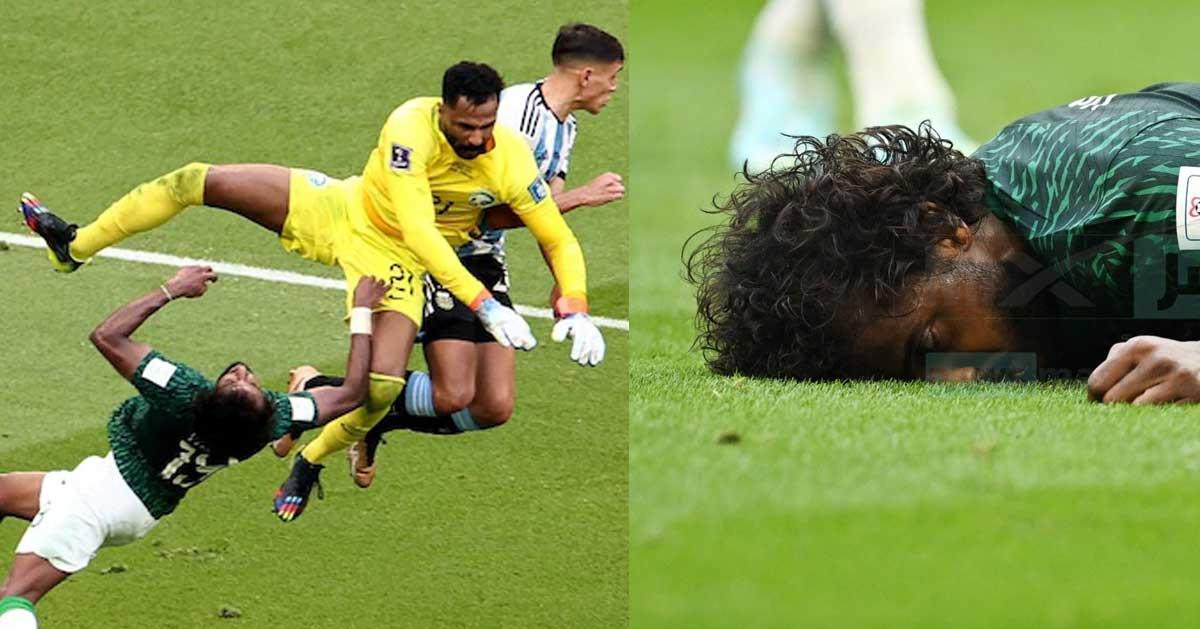 The goalie is loose on the ground, the players are waxing the goal post, Saudi got the job by looking to lock Argentina; Fans trolled Saudi after the injury

Saudi Arabia won the match against Argentina 2-1 in Qatar World Cup. Superstar Lionel Messi increased Argentina’s lead with a penalty goal in the 10th minute, but then Saudi Arabia showed a strong attack.

Saudi goalkeeper Mohammad Al Owais was notable in the match. Owais did not allow Argentina to convert a single shot into a goal. He didn’t even know that his teammate was injured while putting on a brilliant performance by hitting the ball that came against him.

The star has a fractured jaw. Also, it is reported that the left facial bone is also broken. According to the reports, the star will undergo a scan and an urgent surgery to stop the internal bleeding.

Now the fans have come to troll the Saudi attack against Argentina.

The criticism of the fans is that instead of controlling the ball coming to the goal keeper post, he tried to play on the ground and the players did not bother to leave the box.

After scoring the second goal in the second half, Saudi took the lead and then turned to defending. Having to face a physical attack from the Saudi players, Argentina had a chance to score a penalty but missed the goal due to offsides.

Saudi Arabian defender Yasser Al Shahrani’s injury is very serious. He suffered a fracture of the jaw, facial bones, and internal bleeding after clashing with his own goalkeeper. He will be operated soon.
Please remember him in your precious prayers for his health pic.twitter.com/taoS5bobV0

At the same time, Saudi Arabia is celebrating its historic victory against Argentina. A public holiday has been announced in Saudi Arabia today as a sign of happiness. The football fans of the country are excited about the coup victory won by the Saudi team by defeating Argentina, who are the strongest in world football.