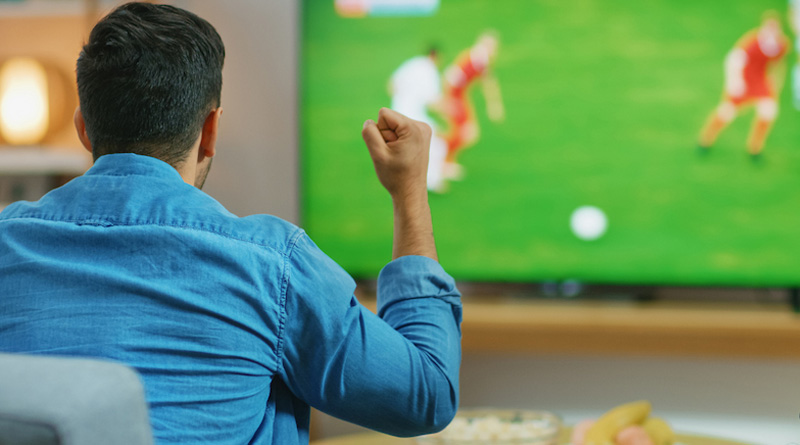 Abhirup Das: will play in Qatar If you want to watch the whole World Cup, you have to sit under the mosquito net. Doctors say, don’t get bored while watching the game. Dengue mosquito bites around ankles, elbows. Watch out for mosquito bites. Or danger. The World Cup is at the door. Doctors worried about fans. Most recently, an East Bengal fan died of a heart attack during a big match. Doctors say, be careful. Don’t take excessive tension if you have hypertension.

As soon as the game of the favorite team starts, sweat drops on the head. Chest pounding. Will you win? Dr. Diptendra Sarkar says, we must be careful about dengue. Aedes aegypti mosquitoes can bite humans even after sunset. Dr. According to Deependra Sarkar, high blood pressure can cause danger in addition to mosquito bites. Sudden heart attack can come down from serious stress over sports.

SSKM Hospital Cardiac Anesthesiologist Dr. Sandeep Kar said that it is a problem when the favorite team loses. Even playing so unimaginably well is a problem. People with heart problems are more likely to have sudden cardiac arrest due to sudden excitement. A stress injury disrupts the heart’s electrical circuits, causing the heart to stop beating. This is called Sudden Cardiac Arrest. Dr. According to Sandeep Kar, if the heart stops suddenly, the brain does not get blood. If the brain, which is essential for running the body, does not receive blood for three minutes, permanent damage can occur. The patient may die within 10 minutes. He advised to give CPR to the patient quickly. Psychologists forbid watching games alone to reduce stress. The head of the department of psychiatry of the National Medical College Dr. Srijit Ghosh said, if you are under a lot of tension, don’t watch the game alone. Take the company of someone who can be very stress-free when you’re around. A dear friend reduces stress.

Children are also concerned. SSKM Hospital Pediatric Department Associate Professor Dr. According to Sujoy Pal, children in this age group, ten to sixteen, are the biggest problem. There are multiple games from 12:30 p.m. Which ends up being two. Meanwhile, I have to go to school in the morning. What will happen if he sleeps at 11 o’clock all of a sudden? Dr. As suggested by Sujoy Pal, children will have problems with sleep cycles. They will become irritable. Food will not be digested. Try to sleep at least eight hours a day. Watching the game late at night can lead to dehydration. He said to drink one and a half to two liters of water a day. Some kind of fast food naib naib f during the game. Doctors say that TV is safer than watching games on mobile apps. Ear-nose-throat specialist Dr. According to Soutrik Kumar, according to the World Health Organization policy, noise above 85 decibels should not be heard in any way. Over 85 decibels for 1 hour continuously in headphones can cause permanent deafness.