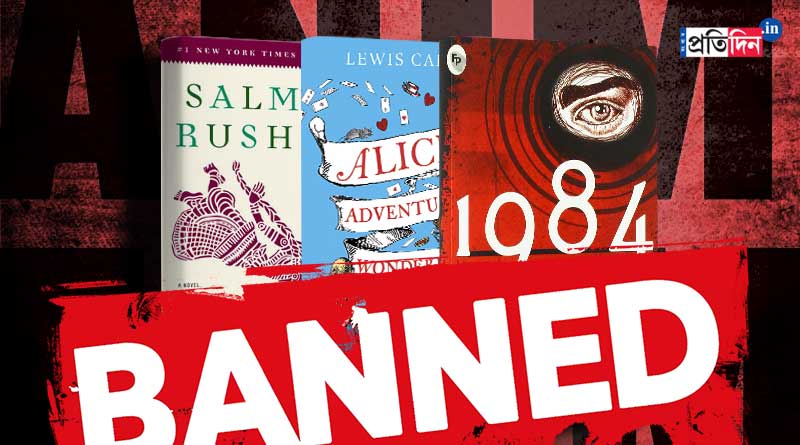 News Daily Digital Desk: Books more dangerous than guns! Because a man can become a murderer at gunpoint. He does not have the power to motivate another person. But books can change the thoughts of countless people, can sow the seeds of revolution. Books teach thinking. Which is dangerous for the society, the state and the ruler. The ruler has proved that by banning books again and again. Like these seven books. They were banned at various times because of exceptional ideas. Even some of these books are still banned (Banned Books) in several countries.

Animal Farm (Animal Farm): British novelist George Orwell (George Orwell) is an allegorical novel. Published in 1945. The author himself said that the atmosphere of the Stalin era is reflected in this novel. Orwell was a member of the Independent Labor Party and a staunch critic of Stalin. The characters in the novel are different animals in the animal farm. A novel about how they discipline a repressive farm owner. The novel was banned by the then Soviet Union for satirizing the so-called communism. Animal farms are still banned in Cuba and North Korea.

1984 (Nineteen Eighty-Four): Another timeless novel by George Orwell. Orwell wrote this novel after Animal Farm was banned. Contemporary world politics, war and peace ideas come up in the story. It is natural that Stalin would ban Orwell’s novel after writing Animal Farm. Moreover, this novel strongly criticizes Stalin’s politics. On this day, the book was banned in the Soviet Union until 1990. On the other hand, the same book is given the status of one of the best novels in the world.

The Satanic Verses: The fourth novel written by Salman Rushdie. Extremely controversial. Published in 1988. Some of it is inspired by the biography of Mohammed, the founder of Islam. The author creates characters by mixing magic realism and contemporary events. Religious violence is questioned here. Rushdie’s novel sparked intense controversy and was banned in many countries including India, Bangladesh, Thailand, South Africa, Sri Lanka. After this novel, the religious leader of the Arab world, Ayatollah Khomeini, issued a death fatwa against Rushdie.

Mein Kampf: Adolf Hitler’s autobiography ‘Mein Kampf’. Published in 1925. Hitler’s strong anti-Semitic views emerged in his writings. Because of which millions of innocent Jews were killed. In the autobiography, Hitler explained his radical views. Discusses the purpose of this approach. He also told what he thinks about his country Germany. After World War II, German law prohibited the sale and public display of books supporting Nazi philosophies. However, the copyright for ‘Mein Camp’ was given to the German state of Bavaria at the time. However, Bavaria refused to print the book. On the other hand, the rest of the world was curious about the brutal ruler Hitler. As a result, the book became very popular.

Ulysses: Ulysses is the classic work of Irish author James Joyce. The book was published in 1920. However, Ulysses was banned in America due to obscenity before the full book was published in novel form. There is also a lawsuit about the book. After two decades of prohibition, the ban was lifted in 1930. Ulysses was also banned in England at the same time. In 1950, all restrictions on the book were lifted. Most literary critics claim that Ulysses is the best novel of the 20th century written in the English language.