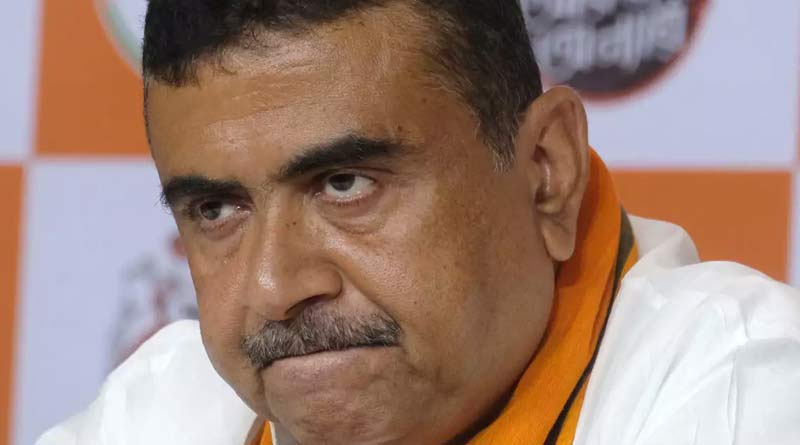 Staff Reporter, Kanthi: In Harmad Mukti Day programme, opposition leader Subhendu Adhikari’s meeting did not include the word ‘Harmad Mukti’ in Khejuri. But Trinamool Congress has been celebrating ‘Harmad Mukti Divas’ in Kahjuri to get rid of the red terror on November 24, 2007. Subhendu also used to come to this program while staying at Joraful camp. But this year, although the program was held in a street meeting in Kamdevnagar, Khejuri, the words ‘Harmad Mukti Diwas’ were not written anywhere on the platform of Subhendu. Not only that, on the contrary, the BJP’s banner read, ‘Akhil Giri’s comments protest’ meeting. Locals are practically surprised to see such a banner on the stage of Shuvendu in the program of ‘Harmad Mukti Diwas’.

Trinamool spokesperson Kunal Ghosh said in response to a question from journalists, “Those who were CPM’s allies that day are now Subvendu’s all-time companions. The opposition leader has taken the responsibility of reinstating the Harmads, who were the notorious heroes of the red terror in 2007, with the ocher flag on palm trees. Shuvendu could not write ‘Harmad Mukti Diwas’ on the stage as the heroes of the massacre of the members of the Land eviction Prevention Committee that day were with him.” Accusing the BJP of conspiracy before the panchayat polls, the Trinamool spokesperson said, “Most of the CPM Harmads in Khejuri and Nandigram are with the BJP today and with them. The BJP is entering the security fold of the central forces. Complaints are coming, bombs are being brought in Shuvendur’s convoy and given to the village. I want to search his convoy. It is alleged that bombs are being planted in central security. An investigation is needed.”

On the occasion of ‘Harmad Mukti Diwas’, Trinamool Congress held a huge public meeting in Khajuri College grounds in the afternoon. And the main speaker in that meeting, party spokesperson and state general secretary Kunal Ghosh, from the beginning to the end criticized Shuvendu and BJP. Referring to the President’s comments, he said, “Akhil Giri chapter closed. But Suvendu Adhikari chapter remains open. Because, Akhilbabu himself and the party and the leader himself have apologized. But shameless Shuvendu coolly told Birbaha Hansda, Minister of Jungle-Daughter State, to be under the shoe. I want to go here and polish the shoes of that Birbaha Hansdar. I will release Shuvendu by putting him in jail.

Yesterday morning, the BJP held a rally on a small road side stage at Kamdevnagar, one km away on the way to Khajuri College ground. As ‘Harmad Mukti Diwas’ was not written on the ocher stage, Shubhendu quickly left after leaving a small speech expressing his displeasure with the organizers. Apart from the leader of the opposition, Mithun Chakraborty was also criticized by the Trinamool spokesperson. Complaining that Mahaguru has changed one party after another, Kunal said, “Ask Mithunda in which party he used to join, he cannot say. He changed teams like signing movies. He is the only one left to join the SUCI team.”

The Trinamool spokesperson said, “The BJP was saying that our fight was against the possessors. Now they have taken over the BJP. So Mamata Banerjee, under the leadership of Abhishek Banerjee, is coming to the Trinamool in droves.” There were Prisons Minister Akhil Giri, Chairman of the two organizational districts Trinamool Piyush Bhuiya and Abhijit Das, former Minister Jyotirmoy Kar, Yuva Trinamool President Suprakash Giri, Intak President Vikas Chandra Beiz, Jana Tarun, Supriya Chandra, Khejuri’s two block Trinamool president Biman Nayak and Shyamal Mishra.