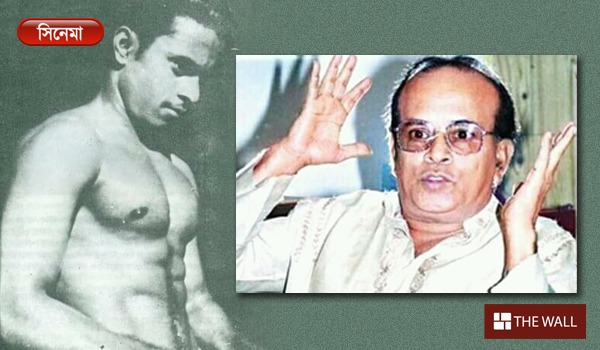 Wanted to be a bodybuilder, became a comedian and famous actor (Actor Rabi Ghosh)!

He is Satyajit Ray’s tiger. His name is Rabindranath Ghosh Dastidar. Ravi Ghosh is the legendary actor of Bengali films. Just calling him a comedian does not give him proper respect. The best actor in a witty comedy performance was Ravi Ghosh, whose eyes spoke volumes. Satyajit Roy to Tapan Sinha praised those eyes. Ravi Ghosh was born on 24 November 1931 at Mamabari in Cooch Behar. He passed away on February 4, 1997. 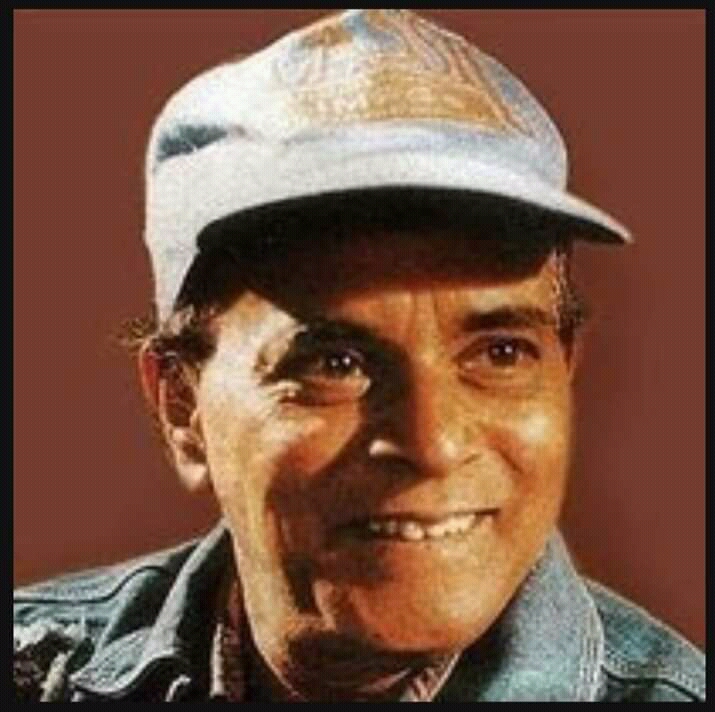 Ravi Ghosh’s ancestors were from Barisal, Bangladesh. Ravi Ghosh’s father Jitendranath Ghosh lived with his family in Mahim Haldar Street, Kolkata due to his job as a dastidar. Ravi’s primary education was at Jenkins School in Cooch Behar. Then partition. India got independence. In 1947, he passed the matriculation examination from ‘South Suburban Men’s School’, Kolkata. Ravi’s classmate at school was Uttam Kumar’s younger brother Tarun Chatterjee, i.e. actor Tarun Kumar. Who knew then that later two friends would simultaneously become the bright stars of Bengali films. Ravi Ghosh and Tarun Kumar have done not only films but also many stage plays together on the professional stage.

Ravi Ghosh dreamed of becoming a bodybuilder since his youth. That’s how his physical training went. His body structure and health were worth seeing. It is hard to say that only a handful of people at that time had a hard-working appearance. Ravi Ghosh passed the ISC examination from Ashutosh College in 1949 and took admission in B.Com from the night department of Shyamaprasad College of the same college. Regular exercise started in the college gymnasium. Because Robi’s eyes only dreamed of becoming a bodybuilder. A lower middle class boy becoming a body builder was unheard of in those days. Ghosdastidar’s family did not have the financial condition to eat more nutritious food, fruits and milk to maintain their physical activity after giving food to their brothers and sisters in a poor family. The father also wanted his son to focus on his job, to remove the ghost of these exercises and acting from his head.

He joined the college and formed the ‘Bandhuman’ drama group with his friends. The rehearsal was held on the roof of Ashutosh College. Baba Jitendranath did not like this at all. Often his wife would say to Jyotsnarani, “Why is acting a waste of time? Kaiya diyo in your polar, that look does not act. He was Durgadas in Barujye, the look of a hero.” But Ravi Ghosh was able to become a bodybuilder after overcoming these hardships. Anyone’s eyes would have burned to see Ravi’s bulging face. It was rare to see a Bengali boy like that.

In 1953, he started working in Calcutta Police-Court, but in 1961 he chose acting as his career. Acting career started in fifties with ‘Sambadik’ drama. The director was Utpal Dutta. 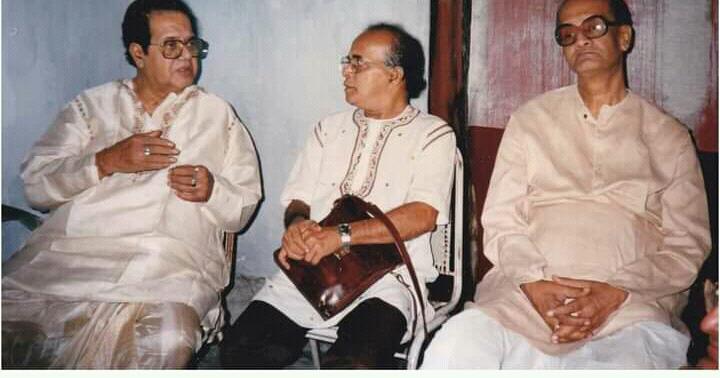 Ravi Ghosh’s physique was much more toned than his contemporary heroes, with what is now called a gym-trained physique. But then the acting was real, not the physical display. His body building was of no use for that. Even then, sweating in the gym has not become one of the capital of film actors. At that time heroes did not need to be Bahubali. Acting was needed, and a pretty face too.

Ravi Ghosh didn’t have a ‘pretty face’, so didn’t become a hero. Ravi did not get the hero’s role during the Uttam-Soumitra-Basant period. Father’s prediction came true. But Ravi did not give up his passion. The acting is pure, with which he became a legend. No, he didn’t become a romantic hero. But he would make any role great. He did not bother about whether his picture got a place next to Uttam-Soumitra on the poster. He used to consider the work as Sadhana. This teaching was imparted by Ravi Ghosh to his illustrious disciple Kharaj Mukhopadhyay. 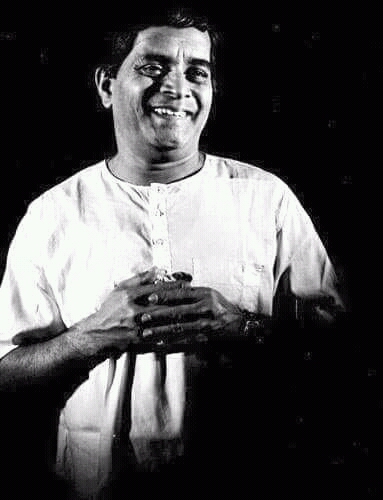 However, Dhananjay is the hero of ‘Galpa Bae True’. When Rajesh Khanna was the ‘cook’ in the Hindi remake of ‘Galpa Baal Sattri’, he was put on a peacock’s tail. Rajesh Khanna is a superstar hero but Dhananjay is ahead of that stardom. This is where Ravi Ghosh wins. If Ravi Ghosh was present in the Hindi remake, the film might have had a different history. But Bollywood producers could not trust a regional actor.

Satyajit Roy, Tapan Sinha, Dinen Gupta to Anjan Chowdhury. Decade after decade Ravi Ghosh is unique in films of all genres, whether it is a comedy or a different genre of acting. Ravi Ghosh of ‘Agantuk’ or ‘Nirjan Saiket’ are two completely different characters. One character is a friendly, intelligent guy and the other is Puri’s panda, who speaks fluently. What range of acting! 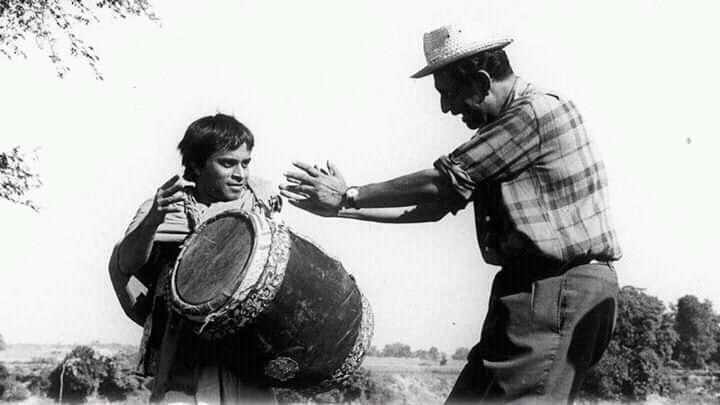 Ravi Ghosh is also outstanding as Panu Pranakeshtar in ‘Hansuli Banker Upakatha’. He is also seen at the beginning of Mrinal Sen’s movie Chorus. Tarun Majumder worked with Ravi Ghosh in many films like Thugini, Roopsee, Away from the City. Ravi Durant also played the villain role in Vijay Basu’s ‘Baghini’.

In Satyajit Babu’s ‘Aranya Dinratri’, Ravi Ghosh did not drink even with his drunken friends. He kept all his friends under control by depriving them of womanizing lust. There was a completely free, completely independent character in the film 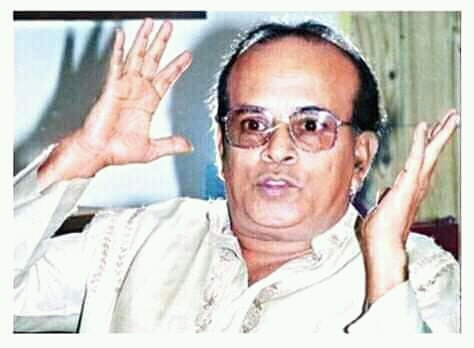 In fact, he worked on his own terms till the end of his life. His last work ‘Gopal Bhand’ on Kolkata Doordarshan used to empty the streets every Sunday afternoon.

Despite being an eye-popping bodybuilder, Ravi Ghosh made acting ‘Haripad Ekke Bentekhato Sadamata Lok’ his muscle in Bengali films. 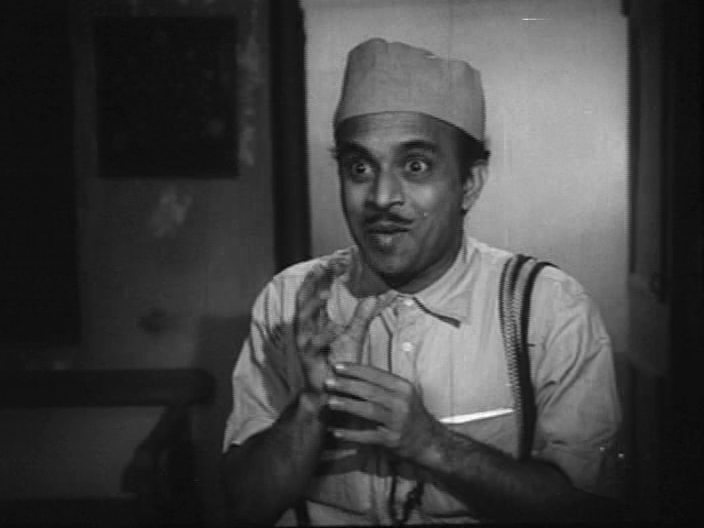 Wife Baisakhi Devi is still alive today. But in the city of Kolkata, there is no program, no practice about Ravi Ghosh. Legends have received official recognition! However, their ever-bright presence in the minds of the audience is the real reward.

With Sushmita lip-to-lip, Jesus’ lip lock scene was the finale with 19 takes