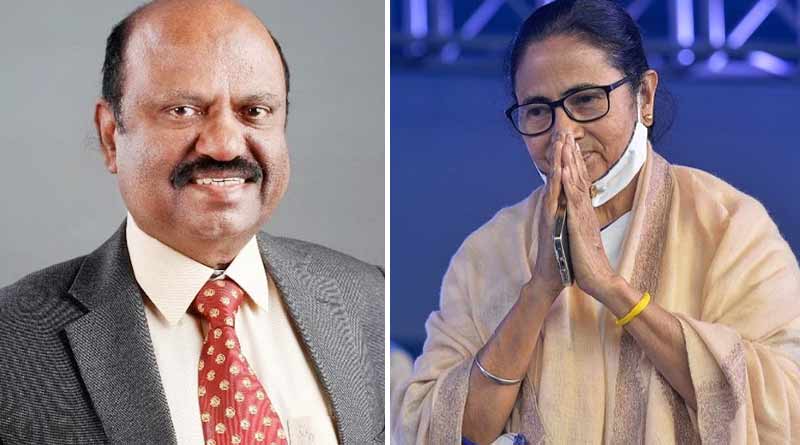 Nandita Roy, New Delhi: Is the newly appointed Governor of Bengal CV Anand Bose going to take oath next week? The question is being raised after his phone conversation with Chief Minister Mamata Banerjee. According to sources, 21 or 23 November has been proposed by the Chief Minister as the day of taking the oath. But according to private sources, the newly appointed governor may not take oath in two days. He can take oath after November 23.

His name was announced as the new Governor of Bengal from Rashtrapati Bhavan on Thursday. The next day, the Governor was overwhelmed by the call of Chief Minister Mamata Banerjee. He said, “The Chief Minister spoke to me very well and dignified. We have talked a lot. That I cannot disclose. I am very happy that he took the initiative to make this call. We had a very pleasant conversation.”

A report by the Union Home Ministry has named Kolkata as the safest city in the country. Bangla has received several awards for performing several tasks of the center. The Governor said that he is very happy as the Governor of that Bengal. On this day he said, “I consider Kolkata as the city with the soul, which makes it different from all others. I stayed in Calcutta for two years. I know the pulse of the people of Bengal. I am an admirer of the people of Bengal. A great opportunity came to me to visit the glorious culture and tradition of Bengal and to know it more. Bengali is in my name. My name is the name of Bengalis.”

The state’s ruling Trinamool Congress was at loggerheads with his predecessor, incumbent Vice President Jagdeep Dhankar, from tweet wars that spilled over to then President Ram Nath Kovind. Trinamool Lok Sabha leader Sudeep Banerjee appealed directly to Kovind to remove Dhankar from the post of governor. Trinamool also moved the parliament with the same demand. When asked about it, Bose did not want to consider the matter as a ‘conflict’.

In his words, “The talk of conflict is actually a disagreement. In a democracy there can be disagreement, it cannot be called conflict.” He also added that a Chief Minister who has been democratically elected with massive popular support should act with respect. And Anand Bose’s comment after getting the post of constitutional chief in Bengal, his relationship with Bengal is old. He understands the pulse of the people of Bengal. Prefer Bengali rasgolla too.

A member of a Brahmin family in Kerala, his original surname is Nair, but he uses the surname Bose. The new governor said that following Netaji Subhash Chandra Bose. He said, “You can say that the pulse of Bengal is connected with me. My father was a freedom fighter, also a big fan of Netaji Subhash Chandra Bose. He named our eight siblings after Bose. Moreover my career started from Calcutta as Probationary Officer of State Bank of India. Chowrangi, Shyambazar, Rasbihari Avenue, I was there for two years. I want to say another thing, I have not forgotten the taste of rasgolla in Kolkata. You can say that I am a great fan of Rasgolla in Bengal.”