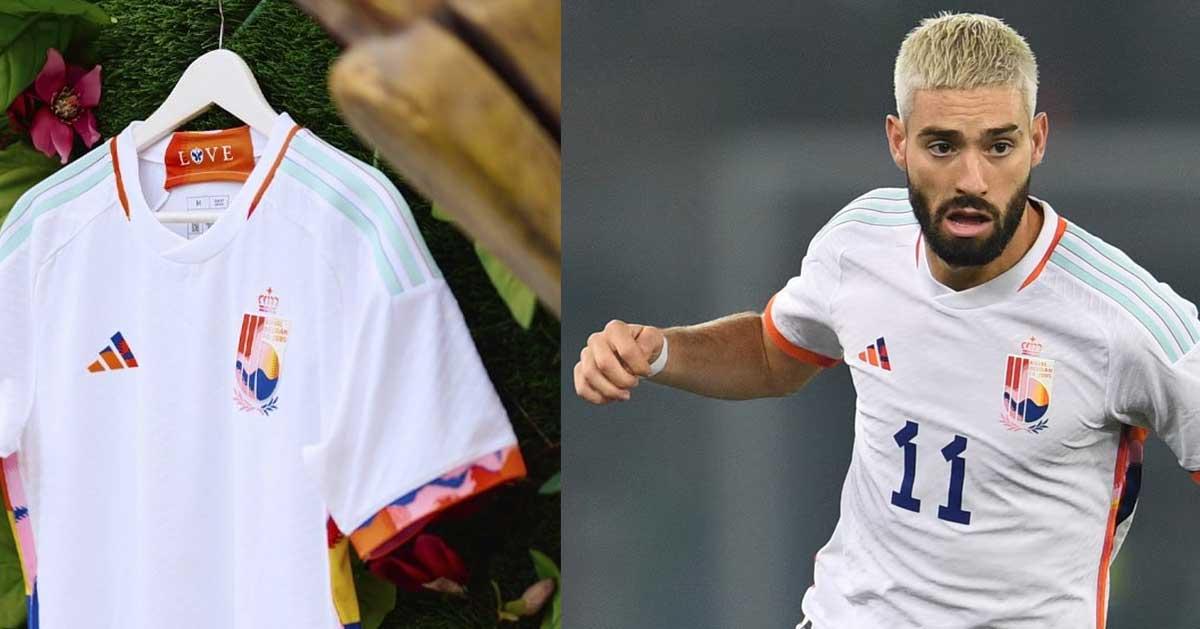 what are you playing Not just an arm band, but don’t wear anything with ‘love’ written on it; FIFA ultimatum for Belgium

After banning European players from wearing armbands on the pitch at the World Cup in Qatar, FIFA also rejected Belgium’s request to wear jerseys with the word ‘Love’ on them.

FIFA gave an ultimatum to the Belgium Football Association that they would only be allowed to wear the jersey if the word ‘love’ was removed.

Belgium were then forced to wear their traditional red jersey by FIFA rules. ‘Love’ was written on the collar of the Belgium team’s away jersey.

Belgium have been told by FIFA to remove the word ‘LOVE’ from their away jersey for the World Cup pic.twitter.com/Jzpa6aBttD

But Belgium said it had nothing to do with the ‘One Love’ campaign and that the kit was launched in collaboration with the ‘Tomorrow Land’ music festival. Belgium expressed its deep disappointment with FIFA’s stance.

Earlier, the captains of Belgium and seven other European countries opted out of wearing the ‘One Love’ armband after FIFA tightened its stance.

European teams have taken up the One Love Campaign to protect and support the rights of LGBTQ plus groups.

FIFA have demanded that Belgium take off the word “love” off their away jerseys!!

The captains of England, Wales, Belgium, Holland, Switzerland, Germany and Denmark were announced to play wearing ‘One Love’ arm bands.

But when the incident became controversial, FIFA came out with a warning that strict measures will have to be taken.

Soccer teams representing seven European nations at the World Cup have announced their captains will no longer wear the OneLove armband in Qatar after FIFA, which organizes the tournament, said players sporting the bands would be sanctioned.

With this, the heroes withdrew their decision. Their withdrawal came after FIFA took a stand that if they come to play wearing ‘One Love’ armbands, they will take measures including showing a yellow card the moment the match starts.

All seven teams made a joint statement and announced the withdrawal. The teams also expressed their deep disappointment in FIFA’s decision. Earlier, English Premier League teams also participated in the One Love campaign by changing their logos to rainbow colors.

Content Highlights: FIFA asks Belgium to remove the word LOVE from their jersey