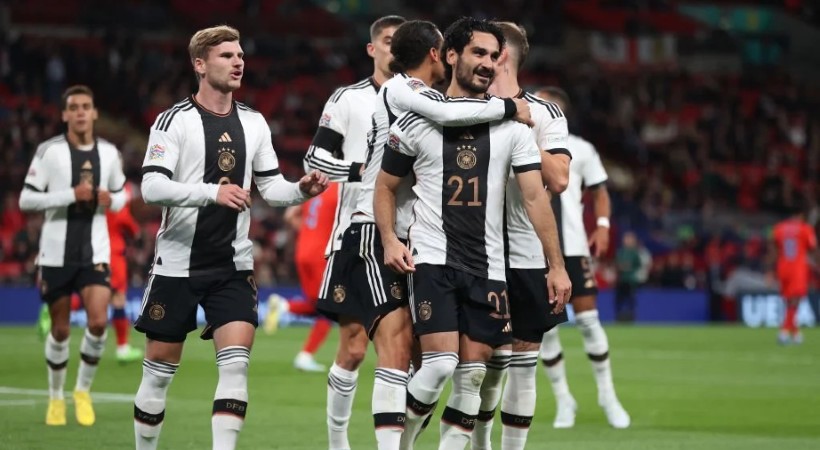 Giants are on the field today in the Qatar World Cup. Former champions Spain, Germany, Croatia and Belgium will be in the field today. Croatia will face Morocco in Group F at 3.30 pm IST. Germany will face Japan at 6.30 pm and Spain will face Costa Rica at 9.30 pm in Group E. Group F match between Belgium and Canada is at 12.30 am. (world cup spain germany)

The first match of the World Cup is crucial for Croatia. Croatia played the World Cup five times and lost the first game three times. Both times they were eliminated in the group stage. Croatia reached the last four in the two World Cups where they won their first game. Along with this, the current runners up are Croatia. Real Madrid star Luka Modric is the soul of Croatia. It is almost certain that this will be the last World Cup for the 37-year-old star. Modric was the best player in last year’s World Cup in Russia. Croatia has a handful of great players like Mateo Kovacic, Marcelo Brosovic, Andrej Kremaric. The midfield is the strength of the team.

Morocco is a team that plays attractive football. Morocco’s address is Hakim Siech and Achraf Hakimi. Youssef El Nesiri will also be crucial to the Moroccan forward. They can topple any giant on their day.

Germany is a 4-time world champion team. Best players no matter what position they take. Awesome coach. Nothing but victory is in Germany’s plans. They also need to shake off the embarrassment of coming to Russia with the title and losing in the group stage. However, the fact that they have won only two of the 9 matches played this year is bothering Germany. Bayern forward Thomas Muller will be the team’s most important player, while youngsters Yussuf Mokoko and Jamal Musyala will also be the center of attention. Mario Gotze, who scored Argentina’s heart-stopping goal in extra time in the 2014 World Cup final against Germany, has returned to the team after five years.

Japan is not that stupid. Japan has been performing well in the World Championships. Japan is the highest ranked Asian team in the World Cup. There are notable stars in Japan such as Daichi Kamada, Takumi Minamino, Ritsu Doan. Many of them are players playing in German leagues.

Spain’s style of play is still tiki taka, which many football pundits consider outdated. Although there have been changes from the traditional style, tiki taka is still based in Spain. The youthful team has performed impressively in recent tournaments like Euro 2020 and the last UEFA Nations League. Spain is a good team with youth and veterans like Pedri, Gavi, Sergio Busquets and Anzu Fati.

Costa Rica was the last team to qualify for the Qatar World Cup. Keylor Navas is the address for Costa Rica. Carlos Martinez, Celso Borges, Joel Campbell and other players will also play for Costa Rica.

Belgium are worried about what they failed to achieve in 2018 when they were all at the end of their careers after four years. Belgium, which has a star line-up like Kevin De Bruyne, Eden Hazard, Romelu Lukaku, Thibaut Courtois, etc., is suffering from age and poor form. Hazard and Lukaku are struggling with injuries and poor form. After joining Real Madrid in 2019, Hazard played in very few matches. Lukaku, on the other hand, was in very poor form last year.

Canada’s strength is Alphonso Davis. While Belgium is facing the setback of age, Canada is in the glow of youth. And, Canadian defenses have been making great strides in recent years.